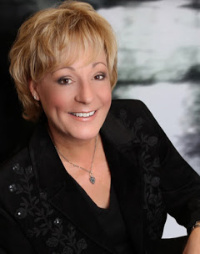 Mary Stolper is principal flute of Music of the Baroque, Grant Park Orchestra, Chicago Philharmonic, and the Joffrey Ballet, and is also a solo flutist with the contemporary music ensemble Fulcrum Point. For over a decade, she was the principal substitute in the flute section of the Chicago Symphony Orchestra, participating in Sir Georg Solti’s tour of Russia in 1990 and extensive tours with Daniel Barenboim. Major solo highlights include Bernstein’s Halil in Vienna and the Midwest premiere of Joan Tower’s flute concerto, both with Chicago Sinfonietta. She toured East Germany in 1989 with the Chicago Chamber Orchestra, performing the Nielsen Flute Concerto, and was a soloist with Renee Fleming in her 2004 recital at Orchestra Hall.

Mary Stolper has also performed with The Chicago Chamber Musicians, Eighth Blackbird, Lyric Opera Orchestra, Ravinia Recital Series, Contempo, Da Camera in Houston, and Old First Concerts in San Francisco. As a chamber musician, she has been invited to perform throughout the city, including numerous appearances on WFMT. Dedicated to music composed by women, Mary Stolper made her Carnegie Hall recital debut with two female composer/performers from Chicago and frequently gives lectures and recitals focusing on music written by women. She is chair of the flute faculty at DePaul University, which she joined in 1986.