MOB in the Community

Through magnificent concerts, transformative arts education, and inspiring community events, Music of the Baroque strives to make music from the 17th and 18th centuries accessible to all, regardless of race, gender and sexual identity, age, class, or mobile/cognitive ability. Our artistic mission is rooted in the past, but our shared values come from the reality of our present.


Prior to our "Reginald Mobley Sings" concerts on November 20 & 21, Grammy-nominated countertenor Reginald Mobley presented a free community event at the glorious Kehrein Center for the Arts in Chicago's Austin neighborhood. Reggie performed a range of repertoire, from music by Purcell and Handel, to spirituals, and beyond. One of the evening's highlights was Reggie's rendition of "Deep River," arranged by Moses Hogan:


Music of the Baroque's "Baroque Heroes" program on October 9 and 11 opened with a special addition: a new dance work choreographed by Kia Smith, the founder and artistic director of South Chicago Dance Theatre, set to a suite of dances from 17th-century composer Michael Praetorius’s iconic collection Terpsichore. We were thrilled to collaborate with a fellow Harris Theater resident company during Chicago's Year of Dance.

Music and Movement at the Hamilton Park Cultural Center (October 8) 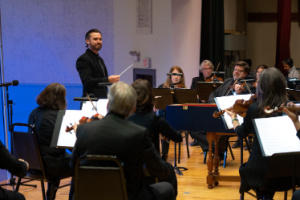 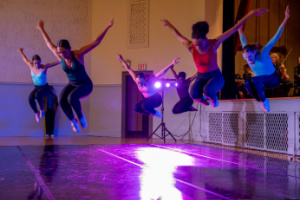 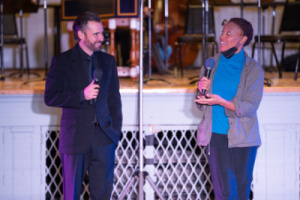 
Principal Guest Conductor Nicholas Kraemer led students from the Merit School of Music and our principal string players in Handel's Concerto Grosso in G Minor, op. 6, no. 6. The project also included master classes in which our string principals worked closely with the young musicians from Merit.


The Strong Voices Chorus, comprised of students from our Strong Voices arts education program in six Chicago public high schools, joined us at Millennium Park in front of an audience of 6,500 people for Handel's "Hallelujah" Chorus from the oratorio Messiah.


The Strong Voices Chorus surprised attendees of Music of the Baroque's "A Musical Feast" gala benefit at the Fairmont Chicago on October 15, 2022 with a mashup of the Pachelbel Canon and Maroon 5's "Memories." 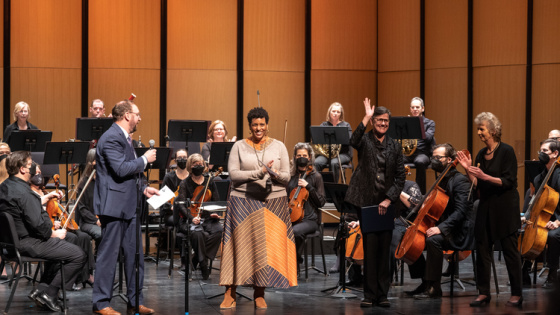 In the summer of 2021, countertenor Reginald Mobley performed a virtual recital for singers in our "Strong Voices" choral education program in six Chicago public high schools. Reggie and accompanist Stephen Alltop romped through a wide range of repertoire, from spirituals, to works by Henry Purcell and George Frideric Handel, to music by Baroque and Classical composers of color Ignatius Sancho and Joseph Bologne. In between pieces, he shared with the students the story of how he became a professional musician. Enjoy this stellar performance and inspirational story!