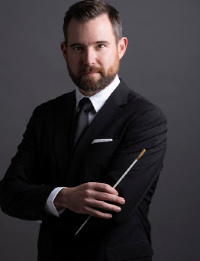 Patrick Dupré Quigley holds a master's degree from the Yale School of Music, an undergraduate degree from the University of Notre Dame, and has pursued further professional studies at the Lilly Family School of Philanthropy's Fundraising School.