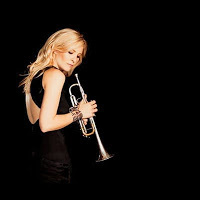 In addition to transcribing and arranging existing works for both natural and valved instruments, Alison Balsom is active in commissioning new works for trumpet. She performed the world premiere of Qigang Chen's Joie éternelle for solo trumpet and orchestra at the 2014 BBC Proms, and Guy Barker's Lanterne of Light at the 2015 BBC Proms. In addition to 14 years of solo appearances at the Proms, she has also appeared at the iTunes Festival, Latitude Festival, Henley Festival, Un Violon Sur le Sable in France, and Wege Durch Das Land in Germany.

Alison Balsom made her US television debut on The Late Show with David Letterman in 2010. She also headlined the Last Night of the Proms in 2009 with the concert reaching one of the BBC’s biggest ever global television audiences of an estimated 200 million. In 2013, she was featured in her own South Bank Show for Sky Arts and also won a 2013 Nordoff Robbins O2 Silver Clef Award alongside Barry Gibb, Coldplay and Labrinth. More recently she has presented the BBC Young Musician competition, the UK’s leading contest for young classical musicians.

Alison Balsom is a passionate advocate of the importance of music education. She studied trumpet at the Paris Conservatoire, and with Håkan Hardenberger. She also studied at the Guildhall School of Music and Drama, where she is now an honorary fellow. She holds honorary doctorates from Leicester University and Anglia Ruskin University. She regularly teaches masterclasses worldwide including at the Juilliard School and the Curtis Institute in Philadelphia. She also presented a TED talk at the TEDMED conference at the Royal Albert Hall in London in 2014, and a lecture at Oxford University in 2015.