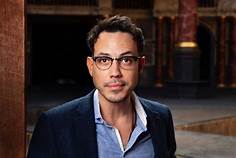 Hailed as a "personable polymath" in the London Times, Bill Barclay was director of music at Shakespeare’s Globe from 2012-2019, where he produced music for over 120 productions and 150 concerts. A director, composer, writer, and producer, he is the artistic director of Concert Theatre Works. Broadway and West End credits include Farinelli and the King, Twelfth Night, and Richard III, all starring Mark Rylance. A passionate advocate for evolving the concert hall, he has created works of concert theatre for the LA Philharmonic at the Hollywood Bowl, the BBC Symphony Orchestra at the Barbican Theatre, and six times for the Boston Symphony Orchestra (including Peer Gynt, A Midsummer Night’s Dream with Andris Nelsons, The Magic Flute, and L’Histoire du soldat with Charles Dutoit). Other appearances include with The Silkroad Ensemble, London Philharmonic Orchestra, City of London Sinfonia, Virginia Symphony, Cincinnati Symphony, Milwaukee Symphony, the Tanglewood Festival,and performances at the Washington National Cathedral and Buckingham Palace.

Bill Barclay appears as Pierre Choderlos de Laclos in The Chevalier on February 19 & 20, 2022.