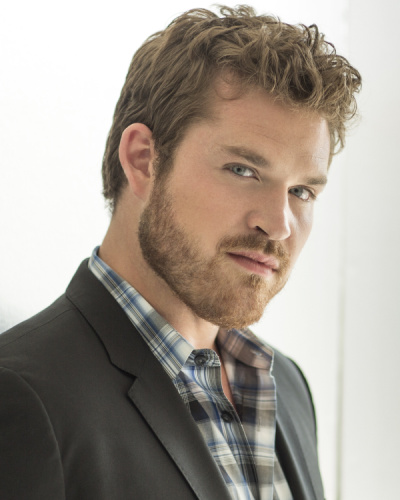 American Bass-baritone Brandon Cedel is a recent graduate of the Metropolitan Opera’s Lindemann Young Artist Development Program, and was an ensemble member of Oper Frankfurt from 2016-2019. The April 2023 performances of the St. Matthew Passion mark his debut with Music of the Baroque.

Highlights of Brandon Cedel's 2022-2022 season include the title role in a new production of Handel’s Hercules at the Staatstheater Karlsruhe, the title role in Le nozze di Figaro for the Glyndebourne Festival, and the role of Dan Brown in the world premiere of Kevin Puts’ new opera The Hours with the Philadelphia Orchestra and Yannick Nézet-Séguin. In future seasons, he makes his debut with the Komische Oper Berlin and returns to the Glyndebourne Festival and the Metropolitan Opera.

Other recent engagements have included Don Giovanni with the Metropolitan Opera and the Lyric Opera of Chicago; Don Giovanni and Rinaldo with the Glyndebourne Festival; The Rape of Lucretia fwith the Boston Lyric Opera; the title role in Le nozze di Figaro with Opera Philadelphia and the Stuttgart Staatsoper; and La bohème and Il barbiere di Siviglia for the Canadian Opera Company.