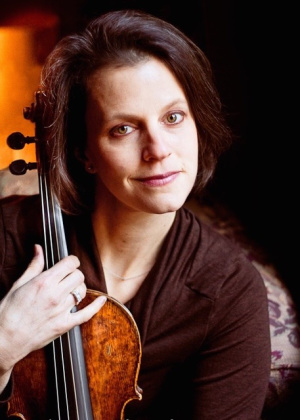 Music of the Baroque principal viola Elizabeth Hagen is a graduate of Northwestern University and now enjoys an active career performing on both modern and Baroque violas in the Chicago area. She is also principal viola for The Haymarket Opera Company, Third Coast Baroque, and the Callipygian Players, and has performed with Lyric Opera of Chicago, Rembrandt Chamber Musicians, Chicago Opera Theater, Joffrey Ballet, Chicago Philharmonic, The Newberry Consort, Ravinia Festival Orchestra, and the Metropolis Symphony. For the past seven summers, she has performed with the Grant Park Symphony Orchestra. From 1995-2006, she was a member of Cleveland’s Baroque orchestra, Apollo’s Fire.