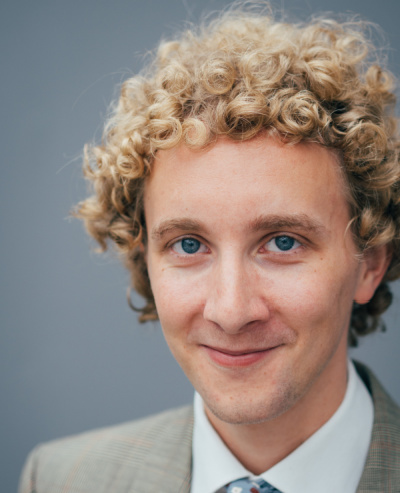 Acclaimed for the clarity and beauty of his singing and dynamic stage presence, British tenor Gwilym Bowen performs internationally with orchestras and ensembles of the highest caliber. The years 2020-21 being somewhat disrupted, his most recent engagements include James MacMillan’s All the Hills and Vales Along at the Edinburgh Festival; Dussek’s Messe Solemnelle with the Academy of Ancient Music; a Purcell program, "Gabriel – An Entertainment with Trumpet" with The English Concert; Alison Balsom and Harry Bicket at the Barbican; Messiah with the Royal Liverpool Philharmonic Orchestra and Queensland Symphony Orchestra conducted by Stephen Layton; and Bach’s Christmas Oratorio with the Oslo Philharmonic under François Leleux. The April 2023 performances of The St. Matthew Passion mark his debut with Music of the Baroque.

With repertoire ranging from the Baroque to the contemporary, with a specialist interest in Bach, Monteverdi, and Handel, Gwilym Bowen's operatic highlights include Valletto in L’incoronazione di Poppea for Angers-Nantes Opéra; Eurimaco/Giove in Il ritorno d’Ulisse in Patria at The Grange Festival; Damon in Acis and Galatea with Academy of Ancient Music at the Barbican; Sylph in Rameau's Zaïs with the Orchestra of the Age of Enlightenment at Queen Elizabeth Hall; and Father in Hasse’s Piramo e Tisbe with The Mozartists. Opera roles have also included Tom Rakewell in The Rake’s Progress and Pelléas in Pelléas et Mélisande. Forthcoming engagements include debuts at Opera de Lille, L’atelier lyrique de Tourcoing, Opéra de Montréal, and a return to The Grange Festival as Snout in A Midsummer Night’s Dream.

Gwilym Bowen's recordings include the St. John Passion arias with De Nederlandse Bachvereniging, a world premiere Welsh translation of the Mass in B Minor with the Choir of Trinity College, Cambridge and OAE for Hyperion, Petrus in Handel’s _Brockes Passion_with AAM and Concerto Copenhagen, and the world premiere recording of Dussek’s Messe solemnelle.