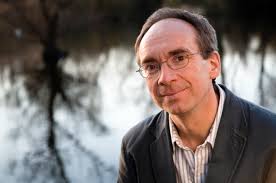 Tenor James Gilchrist's recent appearances include performances as Rev. Adams in Peter Grimes with the Bergen Philharmonic conducted by Edward Gardner at both Den Norske Opera in Oslo and Grieghallen in Bergen. He also gave recitals as part of the Sunnmøre Chamber Music Festival in Volda. Other concert performances include joining Bach Collegium Japan and Masaaki Suzuki for a tour of Europe, as well as for performances of the St. Matthew Passion in Tokyo; the St. John Passion with the NDR Elbphilharmonie; Bach’s Mass in B Minor at St. John’s Smith Square; Messiah with the City of Birmingham Symphony Orchestra; and Christmas Oratorio with Stephen Layton and the Orchestra of the Age of Enlightenment. He sang an all-Schubert recital alongside pianist Anna Tilbrook at the Oxford Lieder Festival, performed a recital at the Jacqueline du Pré Building at Oxford University, and did a recital tour of Scotland. The performances in April 2022 mark his debut with Music of the Baroque.

James Gilchrist has performed in major concert halls throughout the world with conductors including Sir John Eliot Gardiner, Sir Roger Norrington, Bernard Labadie, Harry Christophers, Harry Bicket, Masaaki Suzuki, and the late Richard Hickox. A master of English music, he has performed Britten’s Church Parables in St. Petersburg, in London, and at the Aldeburgh Festival; Nocturne with the NHK Symphony in Tokyo; and War Requiem with the San Francisco Symphony and the National Youth Orchestra of Germany. Equally at home in Baroque repertoire, appearances include Handel’s L’Allegro, il Penseroso, ed il Moderato with Stuttgart Bachakademie and at Teatro Real, Madrid; Solomon with Les Violons du Roy; Semele with Concerto Köln; Elijah with the Orquesta y Coro Nacionales de España and Bach Collegium Japan; Hercules with The English Concert; Ode to St. Cecilia with Basel Chamber Orchestra; and Messiah with Boston’s Handel & Haydn Society. Bach’s Christmas Oratorio and the St. John and St. Matthew Passion feature prominently in his schedule, and he is celebrated as perhaps the finest Evangelist of his generation.

James Gilchrist performs Bach's Cantata No. 55 and appears as soloist in The Easter Oratorio on April 10 and 11.