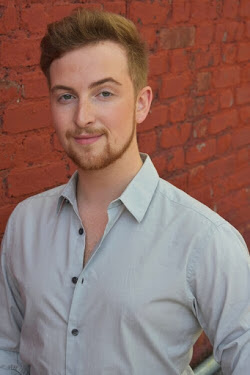 Tenor Michael St. Peter's career began at an early age with Chicago Opera Theater and Lyric Opera of Chicago, where he sang roles in Britten’s A Midsummer Night’s Dream (Mustardseed), Monteverdi’s L’incoronazione di Poppea (Amore), and performed as a member of the children’s ensemble in productions of Tosca and Carmen. Recent highlights include participation in the Wigmore Hall International Song Competition in London, England, and his debut with Haymarket Opera Company singing the role of Moore of Moore Hall in a critically acclaimed revival of John Frederick Lampe’s The Dragon of Wantley. He will return to Haymarket Opera Company next season in the title role of Acis in Handel's Acis and Galatea. The performances in May 2022 mark his debut with Music of the Baroque.

Michael St. Peter’s other recent performances include his Carnegie Hall debut as the tenor soloist in Handel's Messiah under the baton of Mark Shapiro with The Cecilia Chorus of New York. He workshopped two new operas with the Opera Theatre of St. Louis, Fire Shut Up in My Bones by Terrence Blanchard and Awakenings by Tobias Picker, and made his debut with Tulsa Opera as Don Ottavio in Don Giovanni.


Michael St. Peter performs in The Brothers Haydn on May 8 and 9.