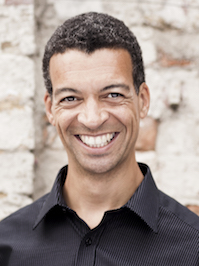 Baritone Roderick Williams’s wide opera, concert, and recital repertoire spans from the Baroque to the contemporary. He enjoys relationships with all the major UK opera houses and has sung world premieres of operas by David Sawer, Sally Beamish, Michel van der Aa, Robert Saxton, and Alexander Knaifel, as well as roles including Papageno in Mozart’s The Magic Flute, Don Alfonso in Mozart’s Così fan tutte, and the title roles in Tchaikovsky’s Eugene Onegin and Britten’s Billy Budd. He last appeared with Music of the Baroque in May 2017.

Roderick performs regularly with leading conductors and orchestras throughout the UK, Europe, North America, and Australia, and his many festival appearances include the BBC Proms, Edinburgh, Cheltenham, Aldeburgh, and Melbourne.

As a composer, Roderick Williams has had works premiered at London’s Wigmore Hall, Barbican Centre, and Purcell Room, and on UK national radio. In December 2016 he won the prize for Best Choral Composition at the British Composer Awards. Roderick Williams was awarded an OBE in June 2017 and received Olivier Award nominations for Outstanding Achievement in Opera for his performances in the title role of Monteverdi’s Il ritorno d’Ulisse in patria at The Royal Opera, Covent Garden (2018) and in English National Opera’s production of Britten’s War Requiem (2019).