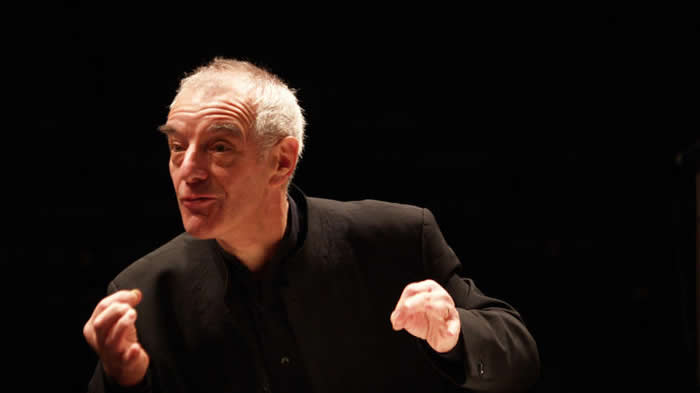 Music of the Baroque began its season Sunday night at Evanston's Pick-Staiger Concert Hall with a program that held not a single note of Baroque music.

Such forays into Classical and Romantic repertory have become more common in recent years, with MOB audiences seeming to prefer them to explorations of lesser-known Baroque masters.

Sunday's spirited outing had two short, unfamiliar works by Haydn and Beethoven, though the chief draw was Mozart, with his ever-popular Requiem Mass and "Linz" Symphony (No. 36) under the baton of principal guest conductor Nicholas Kraemer.

Generations of scholars have gone back and forth on the completion of the unfinished Requiem by Mozart's pupil Franz Sussmayr. The last 20 years brought several other versions in concert and on recordings. Now, however, there's a sense of a circle being completed, as conductors return to Sussmayr – as Kraemer did – once more finding virtue in his immediacy.

Kraemer's vision proved powerful and strongly dramatic. In that he was aided by Pick-Staiger's in-your-face acoustics. The advantage was that an orchestra of 35 and chorus of 27 could deliver a hefty sonic punch. The downside was a muddying of low tones (from cellos, basses and tympani) and a nearly complete absence of quiet singing from the well-matched quartet of vocal soloists (soprano Sherezade Panthaki, mezzo-soprano Meg Bragle, tenor Thomas Cooley, and baritone Stephen Powell).

Powell (substituting for an ailing Peter Rose) and Cooley achieved the richest color in their intertwining in the Tuba mirum. The women were bell-like and without delicate shading. William Jon Gray's chorus, however, had not only clear diction – much clearer than in the opening Haydn Te Deum for Empress Maria Therese – but also moving shifts from tense-loud to relaxed-soft. The orchestra, too, often played heartily.

Mozart's "Linz," following the Haydn on the program's joyous first half, was fleet and muscular, though, again, it could have benefited from greater crispness and transparency. After decades of playing in very reverberant churches, everyone is probably still determining what's possible within different new spaces.

The tender string-quartet accompaniment in Beethoven's "Elegischer Gesang," for example - from which Kraemer led without a break into the Requiem – occasionally was overpowered by even moderately loud choral singing, which may not happen at MOB's other venue.