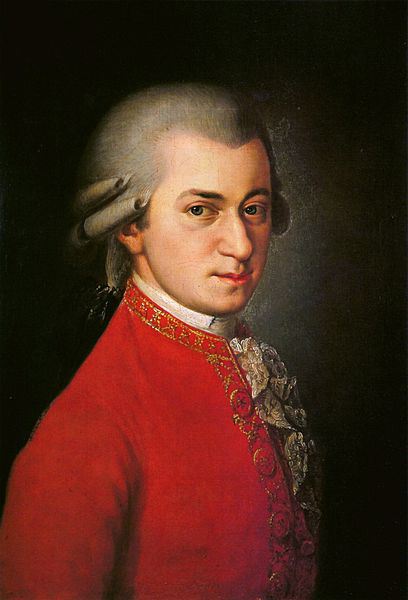 Music of Wolfgang Amadeus Mozart has largely been the territory of Jane Glover since she became music director of Music of the Baroque, and understandably so, for she is one of the most justifiably feted Mozart conductors in the business.

Yet it was principal guest conductor Nicholas Kraemer who was in charge of MOB’s season-opening, mainly Mozart program, heard Monday night at a packed Harris Theater. And while the playing and singing were polished, and the conducting characteristically vital and energetic, at times one wanted something just a little more.

Mozart’s Symphony No. 36 subtitled “Linz” was dashed off with record speed even by Mozart’s standard when he found himself in sudden need of a large work for a concert in the title city. Yet there’s not the slightest hint of haste in a work that is generally sunny, albeit with fleeting shadows.

Wind lines were nicely highlighted throughout, Kraemer separating the pairs of oboes and bassoons stage right from the strings. Glover is no slow-coach in Mozart but Kraemer prefers even faster tempos than her—to bracing effect in the exhilarating finale, a true whirlwind Presto navigated smoothly by the MOB strings. The Andante was flowing and graceful, but there are darker corners in this movement than Kraemer plumbed in a rather fleet and surfacey traversal.

That lightness of approach was more palpable in the performance of Mozart’s Requiem, which received a generally worthy and incisive reading. The vocal end was especially well-served Monday with a finely balanced quartet (soprano Sherezade Panthaki, mezzo Meg Bragle, tenor Thomas Cooley and baritone Stephen Powell subbing very nicely for an ailing Peter Rose). The MOB chorus, well prepared by William Jon Gray, sang with notable fervor and refinement, and the orchestra played well with an imposing trombone solo by Luis Fred in the “Tuba mirum.”

Yet at the same time, the expression often felt generalized and the emotional range straitened, and one wanted more depth and raw intensity to this roiling drama.

The genial equanimity at the heart of Kraemer’s musical personality is well-suited to much repertory—most Baroque, lighter Bach works, and Haydn especially, a composer in which Kraemer has few peers.

In big dramatic works like this, however, the music seems to need a stronger hand and more concentrated direction. The performance was a success as far as it went, but Mozart’s Requiem is a tragic and turbulent work and too often this well-tempered rendering skated over much of that essential heart of darkness, rather than exploring it in depth. Soprano Panthaki’s pure toned yet expressionless concluding “Lux aeterna” was emblematic of the lack of emotional precision.

The main Mozart works were preceded by a pair of shorter choral items, each paying homage to a deceased royal. Haydn’s Te Deum, written to honor the empress Marie Therese, is a largely celebratory work and Kraemer led the MOB chorus and orchestra in a lively and vivacious performance, slowing effectively for the somber passage at “Te ergo quaesumus.”

Beethoven’s Elegischer Gesang (Elegiac Song) barely spans five minutes yet is one of the composer’s most moving inspirations, suffused with a quiet lyric nobility. The chorus’s singing was refined yet would have been more effective at a lower volume and with more hushed expression. Kraemer elected to perform this rarity in the original version scored for string quartet, and the playing of the opening section by the first-desk musicians (violinists Kevin Case and Sharon Polifrone, violist Elizabeth Hagen and cellist Barbara Haffner) was unearthly in its rapt tenderness.

Jane Glover will conduct Bach’s Christmas Oratorio 3 p.m. November 30 at the North Shore Center for the Performing Arts in Skokie and 7:30 p.m. December 1 at the Harris Theater. baroque.org; 312-331-1414.