Music of the Baroque Chorus takes the spotlight in Renaissance program 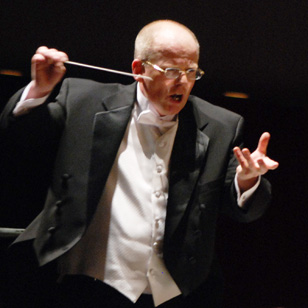 The Music of the Baroque Chorus presented a program of Renaissance music under director William Jon Gray Sunday afternoon at Divine Word Chapel in Northbrook. Entitled “Renaissance Voices—Sacred and Profane,” the concert was a stirring tour of a period that is one of the high points of Western musical achievement.

The performance began with the Miserere Mei, Deus of Gregorio Allegri, the composer’s most famous work. Soon after it was composed, Vatican authorities deemed the Miserere such a musical treasure that they made its performance outside the confines of the Sistine Chapel and transcribing it both punishable by excommunication. The MOB chorus’s rendition made clear how and why this work held such mystical veneration.

Written for double chorus, the performers alternate singing in essentially three distinct groups—the whole chorus, its male contingent, and a quartet of soloists physically separated from the ensemble (in Sunday’s case, situated high in the Divine Word’s balcony). While the entire chorus was amply sonorous, it was from this last entity that the most singularly beautiful moments of the afternoon materialized, with sopranos Shannon Love and Susan Nelson filling the sanctuary with soaring gossamer lines that captured their lyrics’ quintessence of salvation of spiritual salubrity.

Monteverdi and Palestrina comprised the rest of the program, with selections of the former’s Canti amorosi et guerrieri alternating with movements of the latter’s Missa Papae Marcelli. This ordering was a curious but justifiable choice, providing stylistic variety.

The Monteverdi selections each featured soloists from the 22-member choir, all of whom acquitted themselves well. Tenors Brendon Marsh and Klaus Georg brought impressive flair to the swirling melismas of “Mentre vaga angioletta,” and nicely contrasted them with austere intonation of the words “fermi e sonanti.” The Chorus and its soloists produced similar results in “Vago augeletto,” with bass Michael Hawes’ solo interjections standing out reverberantly.

The hard sibilants of the text in “Altri canti di Marte” conveyed the bloody victories of war, and Gray sensitively compromised his ensemble’s burnished quality, as they rasped out the Italian words for “horrid, fierce death.”

The Palestrina was mostly fluently rendered and contrasted nicely with the Monteverdi, but the highlights were fewer. The group achieved a moment of sublime gentleness in the opening of the Benedictus, and the “Osanna in excelsis” portions were authoritatively jubilant. However, performing the Missa interspersed with Monteverdi compromised its impact as a musical unity, and the performance as a whole could have benefitted from greater inflection and contrapuntal emphasis.