Nothing sacred in Music of the Baroque's routine Christmas Oratorio 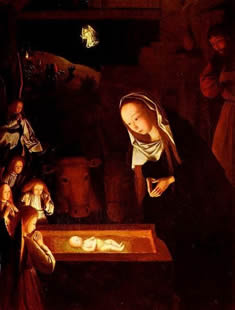 Handel’s Messiah continues to be the most popular of classical holiday offerings, yet Bach’s Christmas Oratorio holds a firm second-place spot on the seasonal music charts.

Not technically an oratorio, BWV 248 comprises six cantatas written for the Lutheran church calendar from the First Day of Christmas to the Feast of the Epiphany. Bach cobbled together much of the music from previous, mostly secular works, yet the end result is one of the composer’s richest, most varied and humane sacred inspirations.

Jane Glover led Music of the Baroque in a memorable performance of the Christmas Oratorio four years ago that provided a highlight of that season. Despite some worthy moments and inspired individual contributions Monday night’s performance by Glover and MOB at the Harris Theater was not on the same level.

There was nothing egregiously wrong about this Bach performance.  Neither was there enough outstanding to lift it out of the ordinary. Too much of the performance, especially in the early going, sounded routine and, at times, even dutiful. The orchestral playing and singing were generalized, often lacking dynamic detailing and expressive specificity, and there were more ensemble lapses and wayward string intonation than one expects from this group.

Most crucially, the performance was wholly lacking a requisite spiritual glow. Apart from the text, there was little to indicate the sacred essence of the work: intimate moments had little hushed expression and were glossed over with a kind of all-purpose cool efficiency by Glover.

Among the bright spots was soloist Roderick Williams. The British baritone provided most of the solo highlights, singing in superbly idiomatic style with a firm line yet yielding, flexible expression and making every line of the text count.

Few can beat Paul Agnew as an Evangelist, and, while his tenor is now a bit dry and reedy at the top, he was still able to get around the coloratura corners of his arias. Soprano Yulia Van Doren sang with a bright tone and blended well with Williams in their duets. Mezzo Krisztina Szabo brought worthy drama to her recitatives in the latter cantatas.

The orchestra playing was responsive to Glover’s vigorous direction if less technically consistent. Overall, the nearly three-hour performance was stronger on exuberance than rapt intimacy. The choruses that framed each section were sung in vital and spirited fashion, enlivened by some spectacular trumpet playing from Barbara Butler and Charles Geyer.