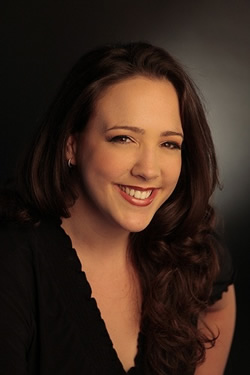 On Monday night, Susanna Phillips joined Music of the Baroque and music director Jane Glover for a program titled “Diva!”, which they had previously performed the night before at the North Shore Center for the Performing Arts in Skokie.

The title truly refers to not one but three divas: the three sopranos for whom the three composers wrote the works that Phillips sang. They are: Francesca Cuzzoni for whom Handel wrote the role of Cleopatra in Giulio Cesare (from which Phillips and the Music of the Baroque performed four excerpts), Brigida Giorgi Banti for whom Haydn wrote the solo cantata Scene di Berenice, and Josepha Duschek for whom Mozart wrote the concert aria Bella mia famma.

In between these vocal pieces, Music of the Baroque performed two instrumental works: Handel’s “Alexander’s Feast” Concerto Grosso and Mozart’s Symphony No. 34 in C, K. 338.

There are various approaches that a historically-minded ensemble can take to Baroque music: aloof and businesslike, or acerbic and aggressive. In their performance of the concerto grosso—with the principal first violin, second violin, and cello (Kathleen Brauer, Sharon Polifrone, and Barbara Haffner) serving as soloists—Glover and the orchestra avoided these extremes. Their playing was refined and restrained. There were dynamic and phrasing nuances aplenty, but a resistance to sentimentality and overstatement.

The placement of the soloists on the stage, with the violinists standing side-by-side on the left and the cellist on the right felt like an analogy for their playing: Brauer and Polifrone seemed more in step with each other than with Haffner, both in the metaphorical sense of phrasing similarly, and in the literal sense of keeping in time with each other.

The first movement of the Mozart symphony began with admirable swagger. Orchestras who favor a lean sonority often favor fleet tempos too, and that might have been a good idea in this movement: at the moderate tempo they chose, the second theme group felt like a leisurely stroll rather than the Allegro vivace Mozart marked.

In the second movement, their resistance to sentimentality became a bit of a liability, as the music itself is sentimental, and their rather dry and cool sound seemed bare here. The musicians blazed through the finale with the requisite energy. But though the playing captured the general buoyant spirit of the movement as a whole, many of the most delicious bits of wit—rhythmic quirks, snatches of interplay between sections—went largely unplumbed.

Perhaps the lack of detail in the symphony’s finale felt particularly apparent, because Glover and the orchestra were so fine in pinpointing every dramatic and pictorial moment in their accompaniments for Susanna Phillips.

Those fortunate enough to have seen a Susanna Phillips performance will know that her artistry makes the sonic and the visual all of one piece. Her vocal characterizations are wedded to facial expressions and physical gestures to create a fully absorbing dramatic experience.

The three arias she performed from Giulio Cesare are in “da capo” form. Many singers use the second A section as an opportunity to display vocal pyrotechnics by ornamenting the original melody, but Phillips used it primarily as an opportunity to lend the text a different emotional weight than it had the first time around. In “Non disperar”, Cleopatra’s sarcastic consolation of her brother, each “chi sa?” (“who knows?”) was more mocking than the last. In “Che sento? Oh Dio!”, her first section seemed like simple pleading with the gods, but her repeat charted an extraordinary range of emotions: it began much more quietly, grew defiant by the middle, and then collapsed into pleading again and even sobbing by the end.

In her opening remarks, Jane Glover spoke of how Haydn’s little-known Scena di Berenice reveals his hidden talent as a dramatic composer. The performance last night made as strong a case for this perspective as one can imagine. In her protracted struggle with her situation, Haydn’s Berenice changes psychological states on a dime; Phillips vividly painted each stop along this journey, with Glover and the orchestra fully along for the ride.

Glover’s remarks on Bella mia fiamma emphasized the aria’s twist and turns, and she encouraged the audience to be alert to its most difficult passages. But this proved quite hard to do, because Phillips’s performance of her part was so natural-sounding that preoccupation with the music’s difficulty evaporated. It was her most flowing and simply beautiful singing of the night, and an excellent way to end the concert.