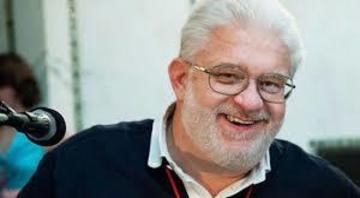 One of my earliest and fondest MOB memories was a performance of Bach's St. Matthew Passion on Bach's birthday, March 21, 2001, at St. Michael's Church in Old Town. Tenor Kurt Hansen sang the role of the Evangelist, telling the story beautifully and dramatically. Everyone else from soloists to chorus to children's chorus to double orchestra contributed to Bach's dramatic masterpiece, led by Music Director Emeritus Thomas Wikman. At the end of the three hours I rose from my seat but I didn't applaud. For me it had not been a performance; it had been a worship experience—still vivid in my memory after all these years.

LISTEN to an exerpt from our March 2008 performances of the St. Matthew Passion here