A Baroque Summer—Concerts On Demand

From triumphant trumpets and a Baroque-inspired world premiere, to Handel's iconic Messiah, Mozart's glorious Clarinet Concerto, stellar arias by Handel, Haydn, and Purcell, Bach's imaginative Easter Oratorio, and Haydn's moving Creation Mass, the 2021-2022 season was filled with beautiful Baroque music. Whether you're watching for the first time or revisiting a favorite, each concert is now available to view On Demand through July 31 for just $10 each.

The 2021-2022 season opens on a triumphant note with Handel’s two majestic works for outdoor celebrations: Water Music and Music for the Royal Fireworks. Music of the Baroque principal players shine in Handel’s “Concerto for two choirs” and Telemann’s Concerto for 3 Trumpets. Music of the Baroque’s first-ever Baroque-inspired commission, Spectacle of Light by Chicago composer Stacy Garrop, sets the stage for an illuminating evening. For more grand Baroque works, join us for "London Calling" on February 26 and 27. 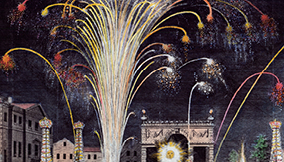 Known for his innovation and instrumental virtuosity, Antonio Vivaldi was on the cutting edge of Baroque trends. Early music specialist John Butt, director of Scotland’s highly acclaimed Dunedin Consort, traces his accomplishments along with the people who inspired him—and whom he inspired, too. Featured works include Vivaldi’s Bassoon Concerto in C Major plus music by Corelli, Albinoni, and Bach’s Orchestral Suite No. 1. Our principal string players shine as soloists once again on May 7 and 8 in "Circles of Friends."

Guest conductor John Butt leads the Music of the Baroque Orchestra from the harpsichord in this excerpt from Bach's Orchestral Suite No. 1:

The celebrated Music of the Baroque Chorus makes its first regular season appearance since December 2019 in Handel’s most iconic oratorio: Messiah. Nicholas Kraemer leads the Music of the Baroque Chorus, Orchestra, and soloists in the ensemble’s first performance of the work in over a decade. Herald the holiday season with the dramatic tour de force that has captivated audiences since 1741. Join us for another Handel masterpiece (and his final oratorio), Jephtha, on September 18 and 19. 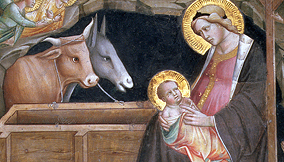 Anthony McGill performs the Adagio from Mozart's Clarinet Concerto in this clip:

Led by Nicholas Kraemer, “Classical Heroines” explores the tension between 18th-century operatic heroines’ traditional roles as wives, girlfriends, and lovers and the undeniable sheer power of the female voice. The outstanding Baroque specialist, soprano Amanda Forsythe, joins Kraemer and the Music of the Baroque Orchestra for an unforgettable evening of arias and orchestral drama. Join us as celebrate another superstar soloist, countertenor Reginald Mobley, in a program of powerfully moving arias by Handel on November 20 and 21.

Dame Jane Glover leads the Music of the Baroque Chorus, Orchestra, and four world-renowned soloists—Yulia Van Doren, Elizabeth DeShong, James Gilchrist, and Michael Sumuel—in Bach’s imaginative Easter Oratorio, a journey from a cavern’s darkness into the magnificent light of heaven. Gilchrist takes a solo turn in Purcell's Evening Hymn and Buxtehude's Quemadmodum desiderat cervus. The motet "Komm, Jesu, komm" and the thrilling Sinfonia in D Major—possibly a fragment of a lost violin concerto—complete the program. Internationally renowned soloists join Dame Jane Glover and the Music of the Baroque Chorus and Orchestra for Bach's monumental St. Matthew Passion on April 2 and 3.

Preview the concert with the Music of the Baroque Chorus performing the opening chorus, "Kommt, eilet und laufet"

The musical brothers Haydn were no strangers to sibling rivalry. Joseph traveled in fancy musical circles in Esterházy; Michael set up shop in Salzburg where he became friendly with the Mozart family. Decide for yourself who was better as Dame Jane Glover leads a celebration of each man’s unique artistry. Featured works include Michael Haydn’s Symphony in E-flat Major (1788) and Joseph Haydn’s Creation Mass, declared by one of his contemporaries, “the greatest work of a very great man.” A symphony by Mozart, who took inspiration from both brothers, completes the program.

The Music of the Baroque Chorus sings the opening of the Gloria from Haydn's Creation Mass: