One of these things is not like the other...or is it? 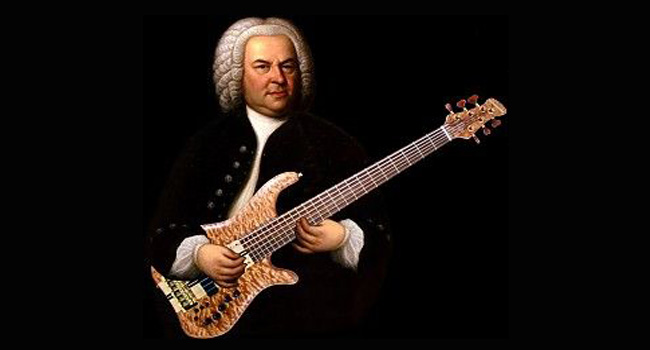 In several recent posts, I’ve compared Baroque repertoire to music from other genres, especially popular music. The feedback I’ve gotten has been interesting. Many find the connections make old repertoire more relevant or illuminate a commonality they hadn’t considered. Others have had stronger reactions to my wanton musical border-crossing. After I shared my reasons to love Henry Purcell, one reader commented that talking about him alongside people like Pete Townshend was an insult to Purcell. And the opposite critique was leveled, too—that I had no business mixing Purcell with trendsetters like the Pet Shop Boys.

Why make these connections at all? For me, these parallels help me access one of the most fascinating aspects of music—its social function. Thinking about classical pieces now far removed from the people, places, and ideas that gave rise to them alongside music that’s primarily social in nature, like popular music, sparks new ideas. I’ll admit—it may be a stretch to compare Purcell with Peter Gabriel. But the harpsichord solo in Bach’s Brandenburg Concerto No. 5, which we are performing on May 22 and 23, has long invited these comparisons.

The harpsichord is an important part of the continuo group, the small ensemble that provides the harmonic foundation in Baroque repertoire. In the fifth Brandenburg concerto, Bach pushes this quiet, stalwart member into the spotlight in the most dramatic way.

Both completely virtuosic and wholly unexpected, this solo has attracted a lot of attention. Musicologist Susan McClary wrote an essay called “The blasphemy of talking politics during Bach Year” in which she labels it as a moment of liberation, a point at which Bach subverts social expectation by thrusting a member of the “support staff” in the limelight. It’s not simply a virtuosic turn, it’s an act of rebellion—and the combination is potent. Rock musician Andrew W.K (who as of a few weeks ago was assiduously collecting signatures to establish a political party known as the “Party Party”), talks about the harpsichord solo as having “all the thrills, theatrics and drama of a massive electric-guitar shred-fest,” and takes it even a bit further:

I like to imagine that the feelings Bach was trying to manifest were the equivalent feelings to what a hard-rock band is trying to create: pure joy, a total rush of energy, without ideas, concepts or even specific emotions to stand in the way of the total sonic experience. It's everything and nothing and a mystery and a revelation all at once.

It's precisely this kind of anachronistic comparison that for me gets at what's special about this piece. Like most composers of his day, Bach was an employee. He wrote what he was supposed to write and excelled beyond belief. In the fifth Brandenburg concerto, he mixes rebellion, virtuosity, and a few minutes of complete freedom in a way that almost feels closer to guitar shredding like Eddie Van Halen's "Eruption" than anything classical.

So back to the question: why make these connections? We make emotional investments in music, and crossing boundaries between genres can feel like a transgression. Pushing at these demarcations a bit, however--and even questioning the reasons they exist in the first place--can make room for new ideas that help us have greater appreciation for the pieces we love.